FOMO: scourge of the 21st century. 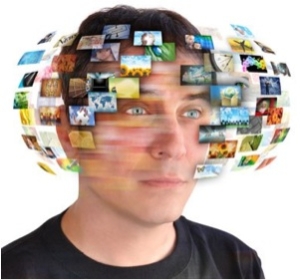 In case you don’t know, FOMO stands for “fear of missing out”. Why a scourge? It’s a major cause of our increasing inability to be mindful–or be in a state of cognitive ease necessary for introspection, imagination and creativity. FOMO on an email, twitter feed, RSS feed, facebook updates… you get the picture. Now I have seen recently some push back which is great. For example, someone coined the term JOMO–“joy of missing out”–and although I do appreciate the sentiment, the issue I have is that JOMO still implies that one is “missing out”. But instead of being anxiety riddled about it (FOMO), one can be happy about it instead.

We need then a new term, because the real “missing out” comes from the lost opportunities of succumbing to FOMO!

I propose here today some new terms that hopefully correctly communicate that by being in a state of FOMO, one is actually losing the chance to be maximally innovative, to achieve an “aha” moment, or epiphany or Eureka!, and thus to perhaps never discover a brilliant idea, new intellectual property, or a creative solution.

What about, then, FOFOMO? (“fallacy of the fear of missing out”), or fauxFOMO? Or we could be more fanciful and take the beautiful Portuguese term, saudade (which roughly means a longing for something that never really existed) and hence get neo-saudade!

Whatever that word or phrase is, the antidote may be best described by another foreign phrase– wei wu wei– which is an ancient Tao expression that means something like ‘achieving action with deliberate inaction’. After all, both common sense and neuroscience has shown that the mind must be put at rest in order to tap into the hidden subconscious churning that leads to epiphanies.

One comment on “FOMO: scourge of the 21st century.”